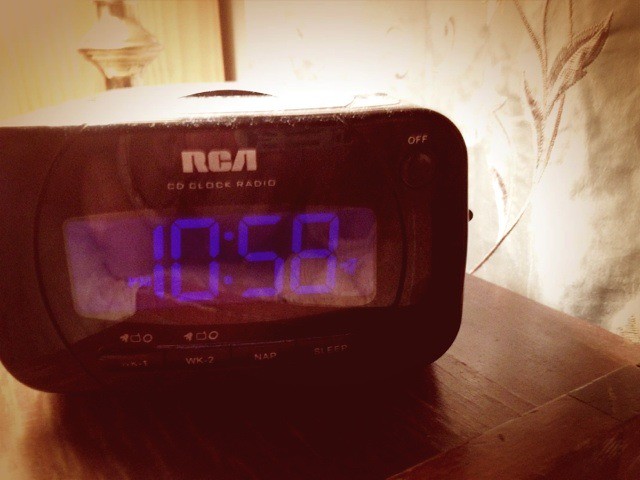 We’re about halfway through Lent now, and I’ve kept to my word on going to bed early. Before Ash Wednesday, I was in a downward night-owl/grumpy-morning-mama spiral. Giving myself an actual bedtime (11pm), instead of staying up until I could barely crawl to bed (or out of it in the morning), has made an enormous difference.

The biggest thing is that it’s been easier getting up and going in the mornings. I don’t hit the snooze button as often, and I’m often up before the kids (even if it is just a few minutes before). Usually I wouldn’t drag myself out of bed until the absolute last minute. And now, sometimes I don’t even need coffee in the morning to keep going, either. Man, who knew that more sleep would actually give you more energy, too, huh?

It has been challenging giving up that extra time to sew/knit/write/lose hours online, though. When I first started going to bed early I’d finally hop in just minutes before lights out, cramming in as much as I could during those 3-4 hours after the kids went to bed. But this wasn’t really enough time for my brain to wind down. I’ve gotten better at stopping whatever I’m doing and getting ready and in bed with at least ten or fifteen minutes to read and wind down a little. 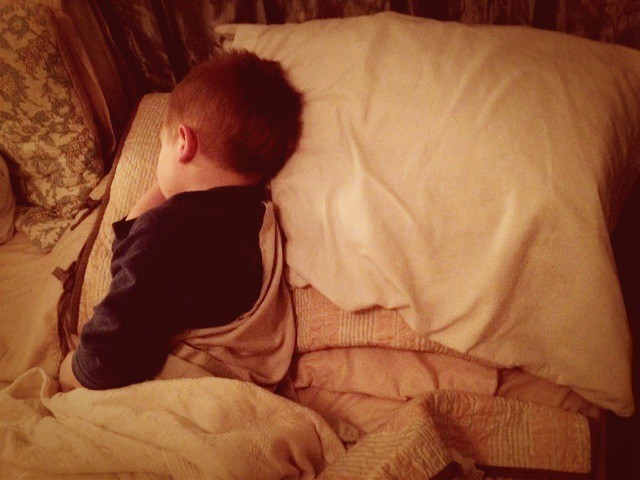 And the other night I even got to enjoy Mr. Liam snuggling in beside me while I read in bed. Before my new bedtime I would have been attached to my computer or sewing machine and shooing him back off to bed (there’s still a fair amount of that earlier in the evening), but instead I got to enjoy this moment of stillness and peace.

Letting go of the day has meant slowing down on some of the things I’m able to get done, but it’s also helped me get back to breathing just a little more deeply. And I definitely need all the extra energy I can get when this guy and the other little ones are awake!

How about you? Are you a night owl or an early bird? What personal improvements are you striving to make today?