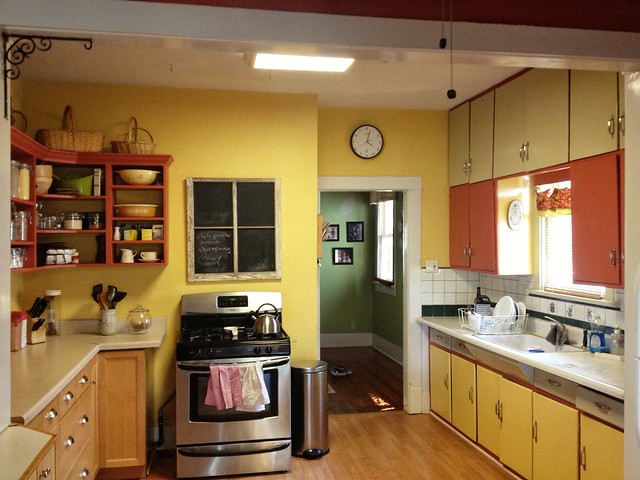 I haven’t shared too many projects we’ve done in our little old house, but the kitchen is a big one we’ve been wanting to work on for a while. We’ve been saving some money up and finally decided to tackle it. Our house is on it’s way to being nearly a century old, and although it’s only had a handful of owners, it’s had a few updates (like an added on breakfast area and family room–it would feel really cramped here without it).

The sink side of the kitchen has been crying out for a while now. Mainly because it’s gross. A leaky faucet plus crumbling particle board is not a pretty picture. Plus we’ve had dreams of a huge vintage farm sink (which we’ve found), some butcher block counters, and a dishwasher (finally!). 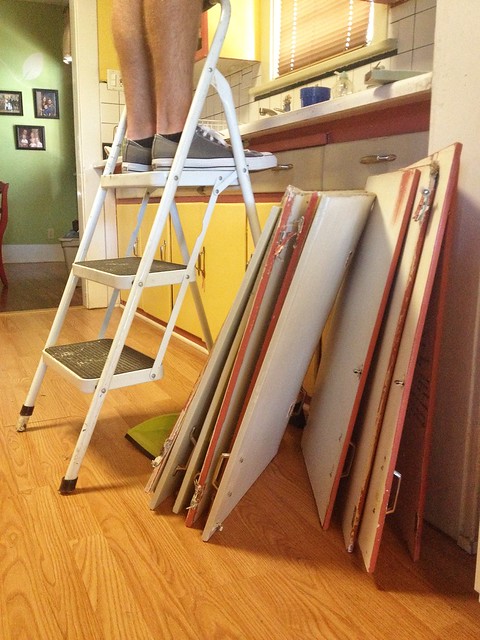 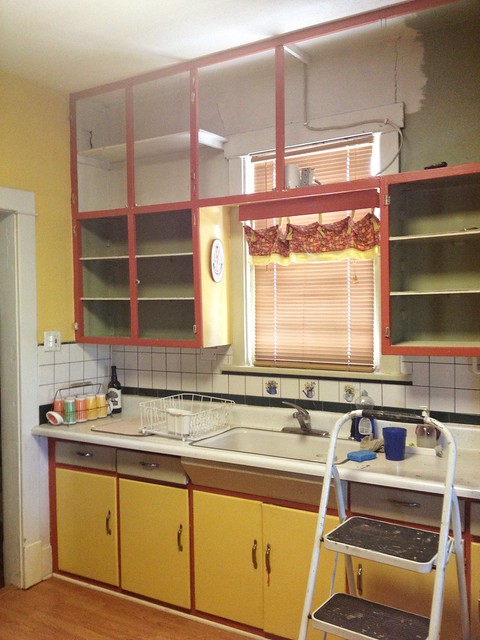 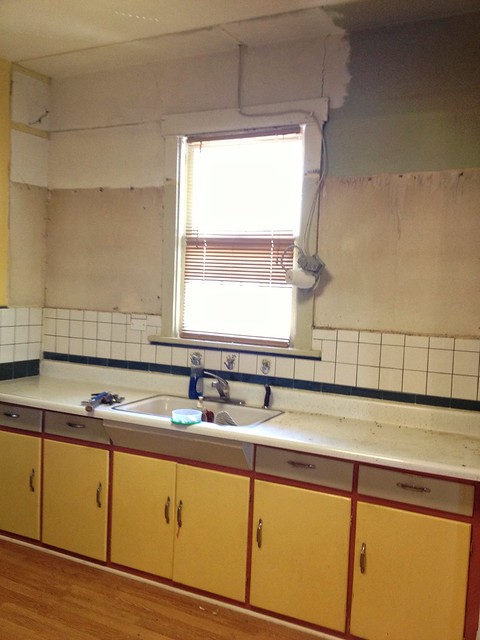 We (my husband actually) started at the top. Part of the window was behind the upper cupboards, and we plan to make new ones around it to let more light in. 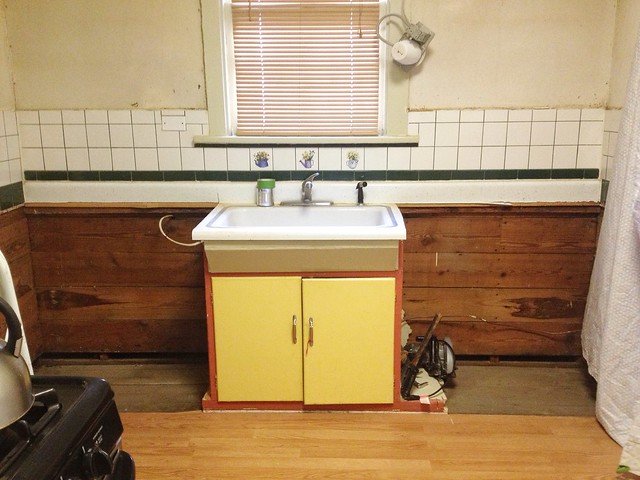 We’re trying to keep the sink in as long as possible, so Chris cut out the cabinets on either side–pretty crazy, isn’t it? We’ve also torn out the tile and dry wall to uncover the planks underneath. While we’re at it we’ll be taking them out to patch up holes and add insulation. We also hope to uncover the original wood floor underneath all the layers of linoleum–we’ve had a peek and it actually looks doable. What condition the floor will be in is another story; we may end up just painting it if it’s too bad. 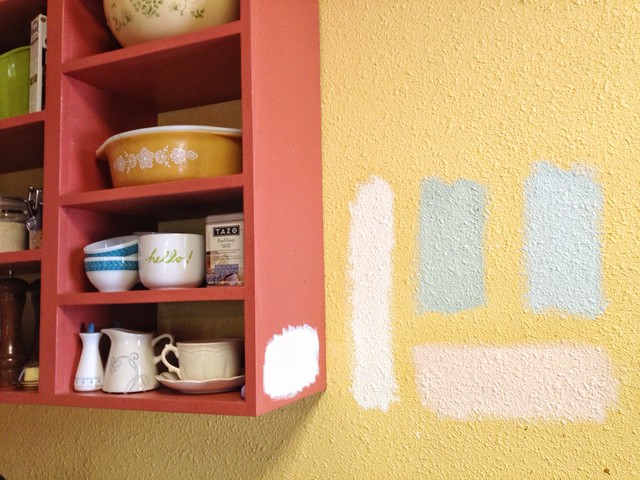 For now I’m trying to finalize the paint colors. I’m thinking about the Milkyway on the cupboard (it’s also the swatch right next to it on the wall), and Nob Hill Sage in the middle. My hopes are to make the kitchen a little more airy. My husband has been so patient as I make decisions about all the little details, and how lucky am I to have married such a handy guy?

Have you ever done your own remodeling? I’d love to hear about it! And wish us luck as we continue our crazy endeavor!